Bauba diversified its business into low-cost, cash-generative, mining operations in 2015 with the Company acquiring 60% of the beneficial rights to the Moeijelijk Chrome Mine.

Moeijelijk is situated on the Eastern Limb of the Bushveld Igneous Complex, with LG6A/6 and LG7 chrome ore-bearing reefs.

The operation is efficient, low-cost and cash-generative and through the exploitation of its near-surface and underground chrome resource, delivers run-of-mine chrome-ore and concentrate chrome from its washing plant to China.

THE CASH GENERATED FROM THIS PROJECTWILL BE USED TO:

Self-finance the development of our existing low cost mines;

Fund the pursuance of additional mining projects; and

Bauba officially formed as a JSE-listed PGE exploration company and lists on the Main Board of the JSE.

The Moeijelijk opencast chrome ore mining resumed, and the underground mining development contract was concluded. Bauba generated a net profit of R96 million for the 2017 financial year. A maiden distribution of 10 cents per share was declared

Bauba announced that the DMR had accepted the group’s application for a prospecting right in respect of chrome and PGMs over the farm Hartebeesfontein 445JQ. The group also entered into a Sale of Shares and Claims Agreement to acquire 74% shareholding in Nuco Chrome Bophuthatswana Proprietary Limited, an exploration company with mineral rights for various minerals in South Africa.

Bauba changed our name to Bauba Resources Limited, and trading in shares on the JSE under the new name since July 2019.

with a reputable chrome-ore open cast mining operator, to mine 20 000 tonnes of LG6 run-of-mine (ROM) chrome-ore per month;

Contracted with a reputable underground mining operator, to mine underground 30 000 tons of LG6 ROM chrome-ore per month once development is complete; and

Put in place a chrome-ore off-take agreement for the supply of chrome-ore to China.

Established a wash plant that produces foundry, chemical and metallurgical grade concentrates for export to China. 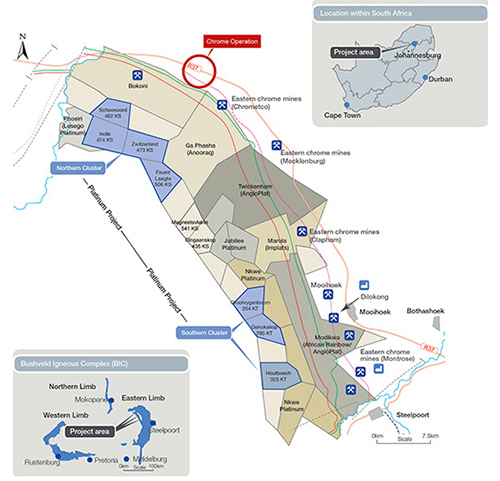 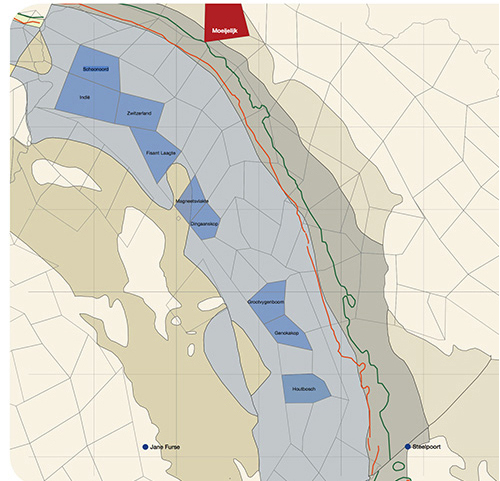 For more information on the Updated Independent Competent Persons’ Report on the Moeijelik Chromite Mineral Asset, please click on the below button.